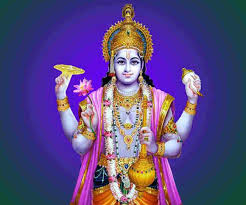 Once in ancient times, the entire demon was killed by the gods in Dewasur Sangram and all the demon sons of Mother Diti were killed. On this, Diti suffered a lot and she started doing austerities on the banks of Saraswati river, worshiping her husband Maharishi Kashyap.

But even after a hundred years of rigorous penance, his wish was not fulfilled. Failing then, he asked the Maasharis etc. about the fasting of the son mourning, that is, to reduce the grief of his son’s death. Then Maharishi Vasistha suggest her to. perform Madan Dwadashi Vratham.

After listening to the legislation of Madan Dwadashi fast, Diti fasted according to the instructions of the Maharshi and when Maharishi Kashyapa Diti appeared, Diti took a boon from him for a son who was very mighty and could also kill the gods.

Knowing this, Indra came to Diti and expressed her desire to serve him, but her intention was that Diti’s womb should be destroyed somehow and the same happened. In the last days of Diti’s pregnancy, Indra’s foot fell on Diti’s head and she became impure. She had 7 pieces of the womb due to feet, and